Eleven kilometers of running route, 25 spectacular obstacles: anyone who thought they knew Innsbruck well was probably taught a lesson on June 25th. At the Innsbruckathlon, 1 participants from over 150 nations were able to experience the state capital from a completely new perspective - including ÖSV star and "beat the city" testimonial Manuel Feller.

Exactly at 14 o'clock gave councilwoman Mag.a Elisabeth Mayr the starting signal for the 3rd edition of the Innsbruckathlon. The course was tough again: In addition to the Bergisel, obstacles such as "Therese Mölk Bio-Blockade", "Monkeyland", "Under Armor Bagjump" and "Tiroler Wand" had to be overcome. The 11-kilometer running route led through the historic city center, past the most beautiful sights in Innsbruck. However, there wasn't much time for sightseeing - after all, there was a city to conquer. ÖSV star and “beat the city” testimonial Manuel Feller faced this challenge again. His conclusion: "We had a lot of fun and also struggled."

Hannes Mute (36/Altenberg) mastered the toughest sightseeing tour in the world with a sensational time of 52:17 minutes. Stummer reported euphorically: "It was my 6th event, the 3rd time on the podium and today I was finally able to win." His pursuer Roland Valentini crossed the finish line after 53:55 minutes. Secured third place Pius Huber (55:24 minutes). In the women won Veronica Windisch (40/Graz) with a time of 58:36 minutes. The athlete thus achieved first place in all three competitions of the "beat the city" series 2022. your comrades-in-arms Marlene Mute (01:05:10 hours) and Nicole Biolik (01:11:16 hours) were the next to reach the finish line. Markus Sauer competed in the ULTRA rating and ran the Innsbruckathon twice: He completed this athletics test in 02:09:03 hours.

The "Innsbruck athletes" were cheered on by thousands of spectators along the entire route. The whole thing was framed by DJs, who whipped up the atmosphere in the start and finish area, and various sponsored events at the individual obstacles. After the run, we went straight to the after-run party, where we celebrated until late in the evening. 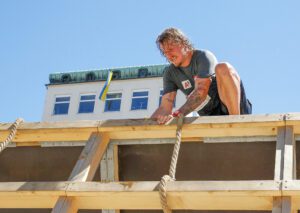 Manage cookie consent
We use cookies to optimize our website and our service.
Manage options Manage services Manage providers Read more about these purposes
preferences
{title} {title} {title}
Up